Christmas is dying.The last Santa Claus had triplets who each inherited a portion of his father’s power, and that split is now tearing apart the soul of Christmas.

Niccolo Vecchio, the eldest, has fortified the North Pole into a citadel of ice and metal.

Santini, the middle brother, is in hiding somewhere in the Mediterranean.

The youngest brother, Niccolo Piccolo, is raising legions to reclaim his inheritance.

Two of the triplets will have to renounce their claim in the next forty-eight hours, or this Christmas will be the last one ever.

And it’s up to Adam, underachieving teenager sub-ordinaire, and his brand new jock bully Zach to make that happen… 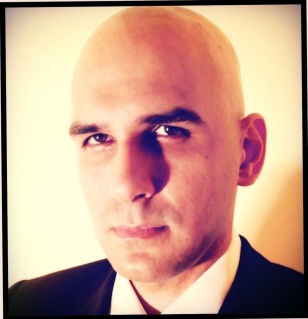 Olivier Lafont is a French author, screenplay writer, and actor. His novel ‘Warrior’ was published by Penguin Random House, and was shortlisted for the Tibor Jones South Asia Prize. He has just released his new contemporary romance novel ‘Sweet Revenge’ exclusively on Kindle. ‘Purgatory: The Gun of God’ is a fantasy novelette published in South Africa.
Lafont has written a number of feature film scripts before. The first film he wrote opened at the Toronto Film Festival and went on to win seven awards at film festivals worldwide.
As an actor Lafont has acted in Hollywood and Indian films, in TV serials, and in over 80 television commercials. He acted in ‘3 Idiots’, one of India’s all-time blockbuster hits, the critically-acclaimed ‘Guzaarish’, and the Lifetime film ‘Baby Sellers’, amongst other films.
Lafont graduated with two degrees in acting and writing from Colgate University, USA, with academic distinction.

Click here to check out all the titles by the author…

You can stalk him @

Grab Your Copy From

This Tour is Hosted by