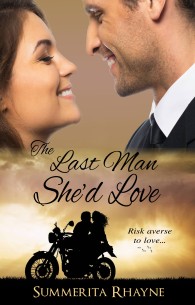 When best laid plans fall apart…
Lyna is all set to marry a movie mogul, when she finds his pregnant ex at her office, begging her to break the engagement and keep her name out of it. Forced to take her flirtatious boss Guy’s help, she sets about to break the engagement. But now she’s pulled into deeper involvement with Guy.
One trouble leads to another!
She agrees to visit his palatial country house, posing as his fiancée and is drawn into the family and their antics. Sorting out who’s who takes time. A stringent grandfather, an ambitious mother, a frustrated half brother are only the beginning!
Attraction makes things complicated…
Propinquity with someone as charming and attractive as Guy doesn’t help. But Guy himself is as much of a puzzle as ever. Is he the playboy she thinks him or is there someone else beneath the sardonic pose? Will she ever find out?

Will she break her heart in the process?

The music grew warm and romantic. There was something in the power of echoing notes. He felt a soft sigh leave Lyna. Against his will, the hand which held her waist tightened a little. He heard her slight intake of breath and an age old excitement slowly grew and began to rush in his veins. She felt soft, almost tremulous in his arms. Her gaze met his, her chin tilting up as she looked into his eyes. A challenge sparkling in her eyes kindled an answering determination which surged through him like a hunter’s adrenaline kick. He knew she was meeting him halfway. The dangerous flicker that was beneath the surface looked like breaking through the barrier of official formality between them. For some reason, sanity held him back and he desisted and broke the eyelock. It wasn’t the same with her as with all the rest. Couldn’t be. He knew the rules and the set up with the kind of women he dated. With her, he wasn’t quite sure. He didn’t like the feeling.

It wasn’t a good idea to dance with her.

His body didn’t think so. His arm wanted to pull her closer, his lower body to lean into her. his other hand to hold her head when she arched her neck as his mouth fulfilled its need to kiss her.

To kiss her. His gaze had dropped down to the wet sheen of her lips. He became conscious his heart was thudding unnaturally.

‘Is he looking?’ she asked in a husky whisper against his shoulder.

Pulled back to reality, his mind trudged to the present. ‘No.’

‘Is he reacting at all?’

With her face towards him, she couldn’t see Brijesh. Guy dragged his gaze from her softly flushed face to find the rotund figure. ‘He’s moving. To get a beetroot cigar they are serving in a mint dip.’

‘For God’s sake, is that all he can think about all the time? Food? We’ll just have to try harder.’

A vision of propping her against the wall in a secluded corner of the house stole into his mind.

‘Are you listening, Guy?’

‘Sure. We’ll have to try harder,’ he repeated obligingly. ‘You mean here?’

She shot him blue daggers. ‘Do you want to dance on the grass?’

Her body might be all tremulous, but her tongue was the same as ever.

The next moment, his breath was knocked out as she flung her arms around his neck. His hands automatically came to rest at her waist. It felt slender yet taut. Her perfume was all over him, filling his head with essence of wild flowers. The tips of her breasts brushed against his chest. He gave in to the inevitable and let his arms gather her close. Was that a tremor that ran through her? He dragged air into his lungs.

‘Is he coming over yet?’ Her voice was low.

‘No. Told you he doesn’t have an ounce of red blood.’

‘Ok,’ he said gamely. Looked like it was out of his hands. He tilted her chin up and kissed her.