Skip to content
HomeGot a flag at Amazon: Number One New Release #LastManShedLove

This orange flag made my day!

Also it featured in the top 100 paid in its category at Amazon Canada, India and Japan, not to mention Amazon.com 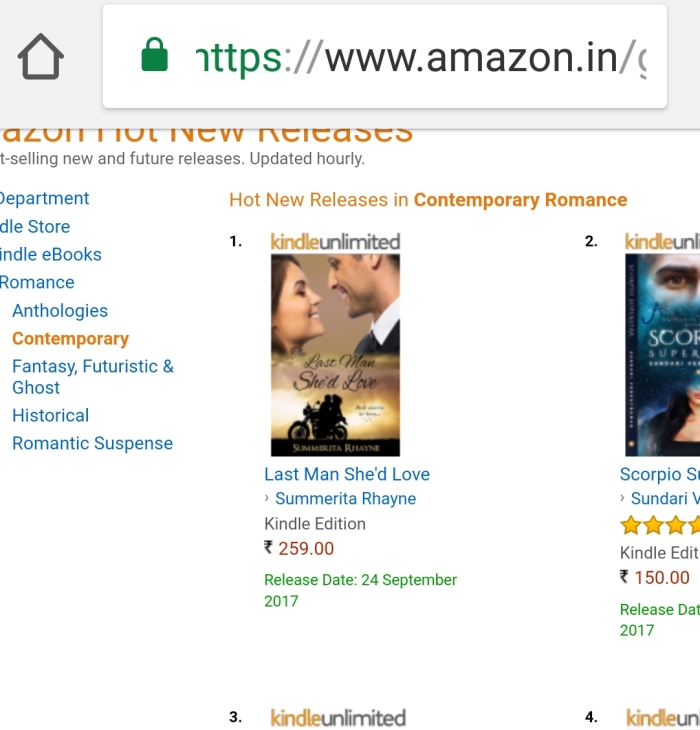 Here’s something about the book:
Last Man She’d Love is a romance set in suburbs of Mumbai in India. It’s a contemporary romance with bits of family drama and comedy elements.

Lyna is all set to marry a movie mogul, when she finds his pregnant ex at her office, begging her to break the engagement and keep her name out of it. Forced to take her flirtatious boss Guy’s help, she sets about to break the engagement. But now she’s pulled into deeper involvement with Guy.
One trouble leads to another!
She agrees to visit his palatial country house, posing as his fiancée and is drawn into the family and their antics. Sorting out who’s who takes time. A stringent grandfather, an ambitious mother, a frustrated half brother are only the beginning!
Attraction makes things complicated…
Propinquity with someone as charming and attractive as Guy doesn’t help. But Guy himself is as much of a puzzle as ever. Is he the playboy she thinks him or is there someone else beneath the sardonic pose? Will she ever find out?
Will she break her heart in the process?
Grab the book at:

Oh, that orange flag I was talking about? Here it is. Doesn’t it look fab? 🙂 🙂 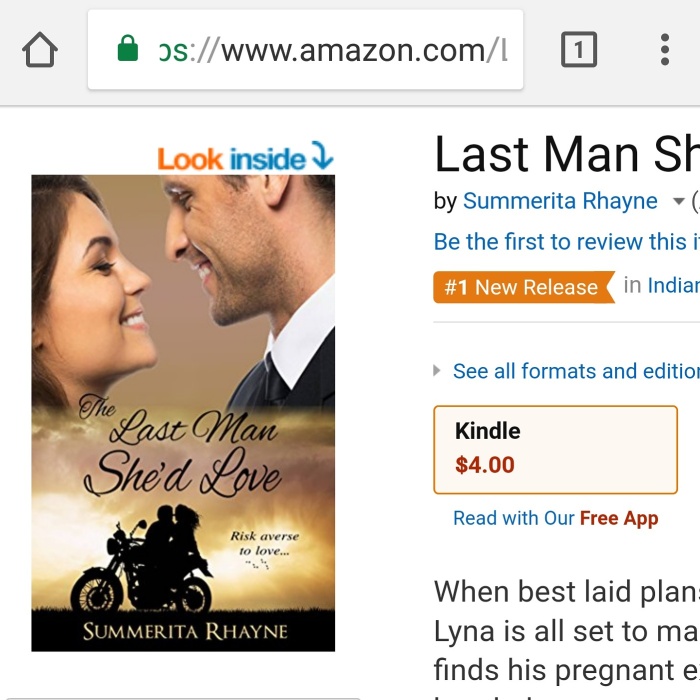 Check out the book and download a sample at Amazon. Here’s the link again: